Christian Cortes was born 1972 in Queens New York of Colombian parents. In 1986 he took on the tag Neur, and was painting streets, train stations and rooftops along the 7train line in Queens. He attended Art & Design High School in Manhattan, which was known for it’s Graffiti culture with alumni such as Tracy168, Fab Five Freddy, Lee Quiñones, Lady Pink & Daze.
After graduating high school in 1990, Cortes began to take his art career seriously. He took on the new tag Waqs which he derived from the slang word for vinyl records, and formed his crew A3 (Art Above All). They painted full production murals which incorporated characters and letters. His graffiti work was featured in various graffiti magazines, as well as The Source, Rap Pages, Vibe magazine,  and Videograf issue 8.

In 1992 Cortes started painting on canvas and joined an art collective, Sol Concepts, whose founders later created Urban Latino Magazine. They organized art events that brought exposure to young Latino talent in NY. One of the art exhibits that Sol Concepts produced was in the lobby of One Police Plaza. It was an art exhibit of paintings to celebrate Hispanic Heritage Month. Although the pieces were approved by the police commissioner's office, an individual officer walking through lobby disliked one of Cortes' works (train no.7) and decided to take one of the paintings down. The censorship of this exhibit made the news and brought on a federal lawsuit which was settled in 1994 when they were given the opportunity to reinstall the exhibit in full. 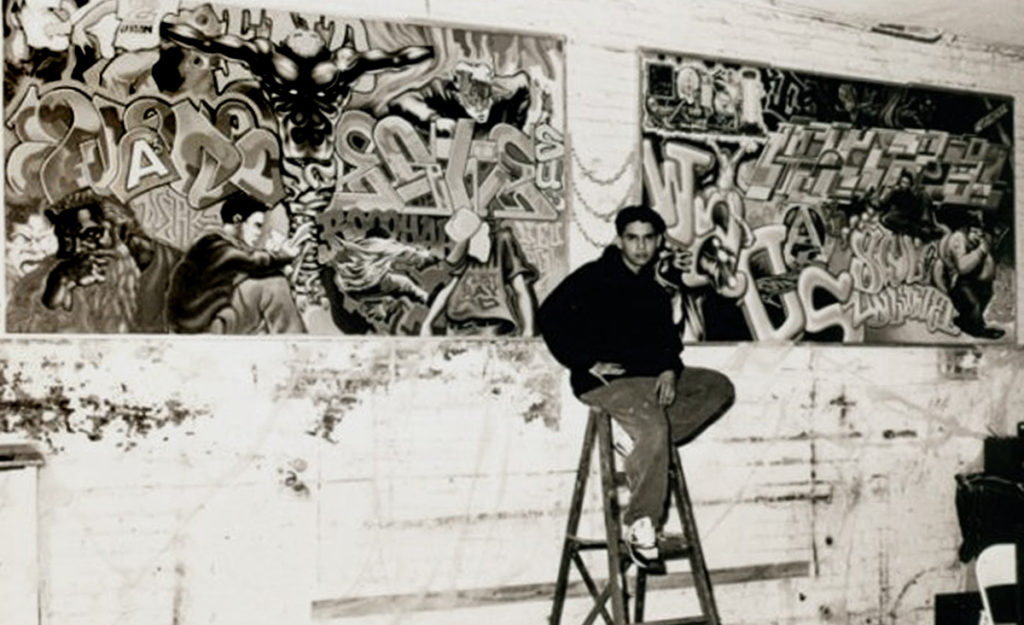 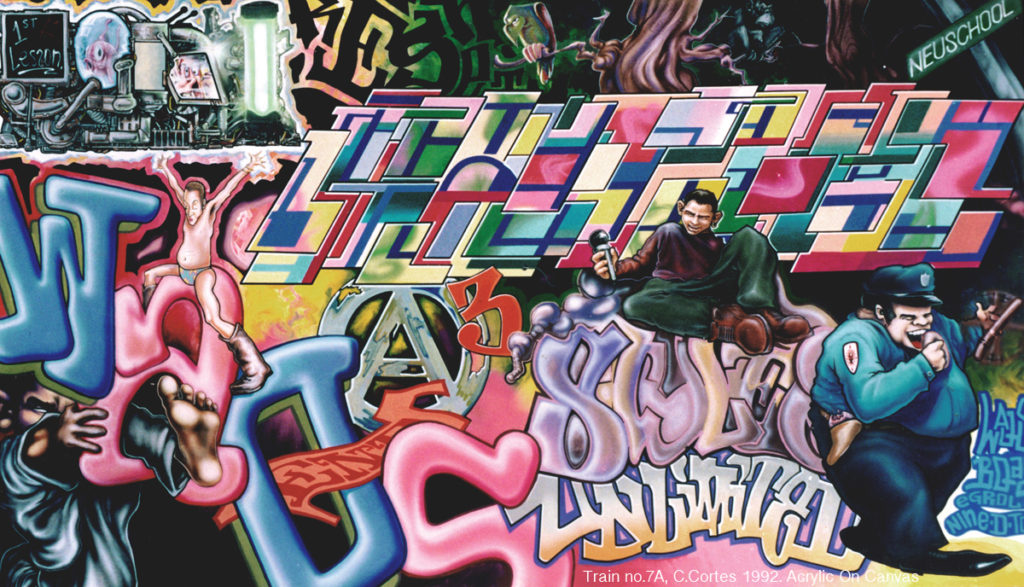 At this time Cortes also began working as a freelance illustrator, creating artwork for CD covers by lords Of The Underground “Funky Child” and Smokin’ Suckaz Wit Logic. He also created hand drawn lettering and logos for Mo Thugs Records, One II 3,  II Tru, Jeru The Damaja, Blak Czer, keith murray “the most beautifulest thing in this world”, YZ “the ghettos been good to me”, Mad skills “from where???”. 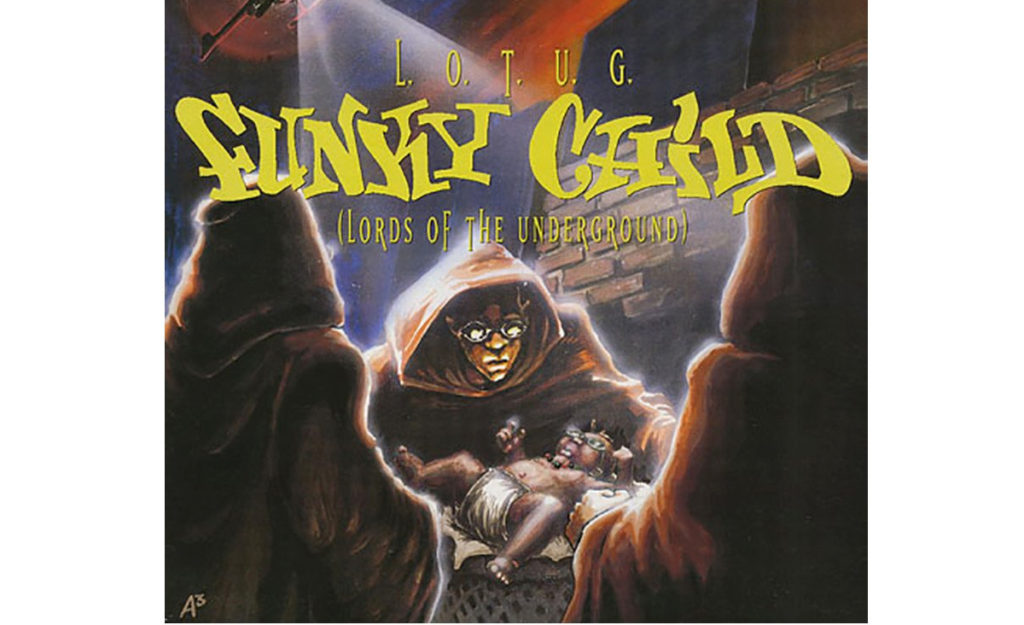 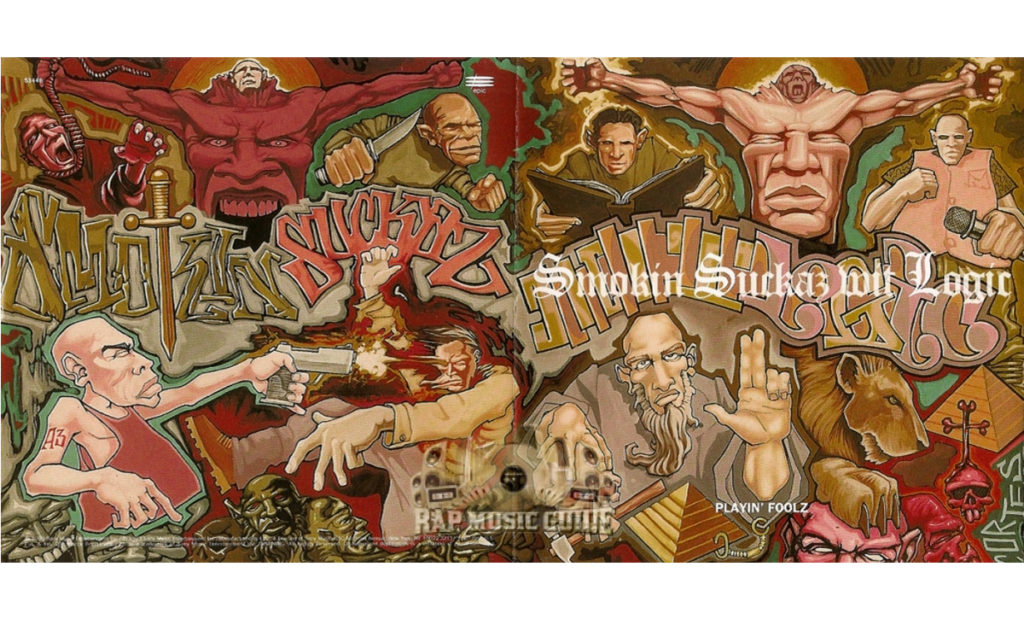 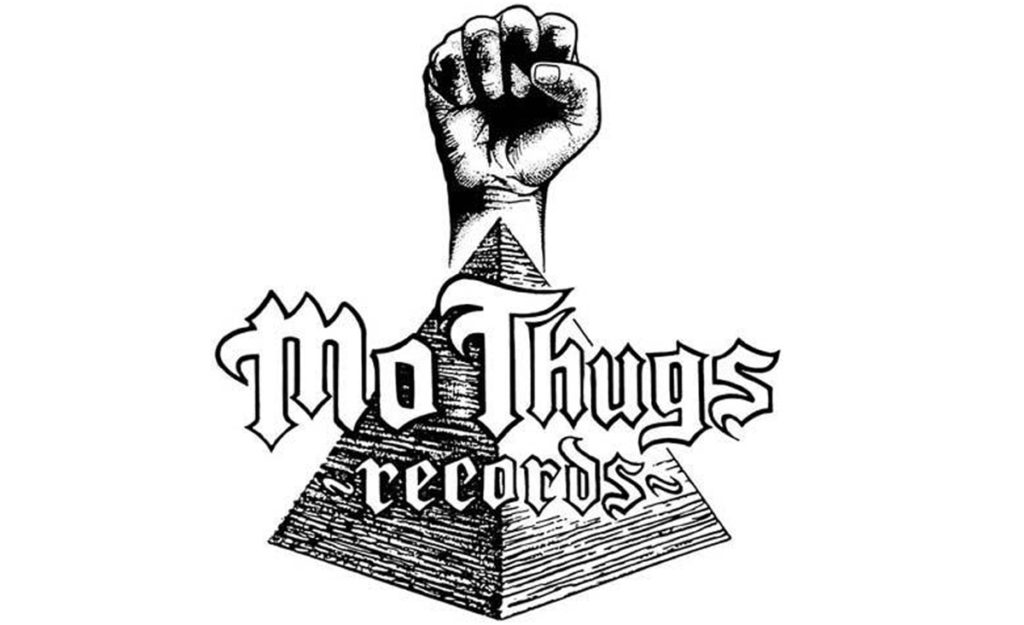 During one of the Sol Concept exhibits Cortes met photographer Daniel Hastings. Together they worked on many projects designing graphic packages and video for NY Hip Hop acts like
U.T.D. Urban Thermo Dynamics, Chef RaeKwon, Wu-Tang Clan “36 Chambers” and one of their most notable collaborations was for Jeru The Damaja. Cortes worked with Hastings to co-direct Jeru's animated music video for You Cant Stop The Prophet. This video is still relevant and is considered one of the best animated rap music videos of Hip Hop's golden age. 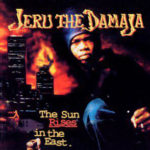 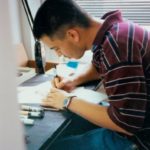 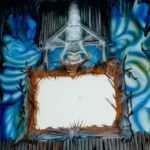 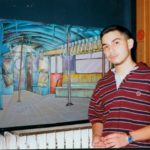 By 2003 cortes was a well established graphic designer and illustrator. His most notable illustration projects were for the music compilations, Strictly The Best vol.31, 32, 33, 34. Crunk Hits vol 1, 2, 3, 4. Bachata underground and Los Cocorocos.  Around this time he also had new collaborations with Daniel Hastings for Eminem’s Bad Meets Evil “Hell: The sequel, Notch “raised by the people”, and Taylor Momsen’s The Pretty Reckless “Going To Hell” 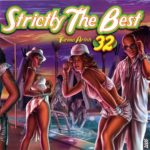 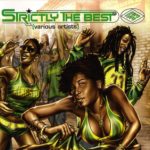 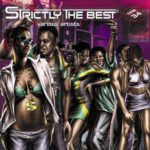 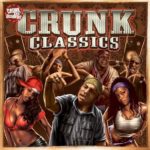 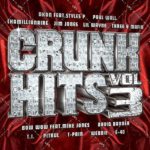 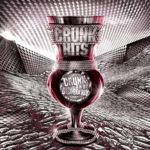 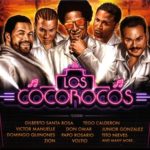 In 2007 Cortes won the grand prize at the Heineken Murals Search contest. Heineken USA had launched a local search to identify a skilled Latino artist for it's national murals project themed, "Inspirado Por La Música Latina". The contest was held in a private event at P.S.1 Contemporary Art Center, an affiliate of The Museum of Modern Art. During this private event, more than 30 local finalists had the opportunity to showcase their talent to leaders in the Hispanic Arts and local communities. 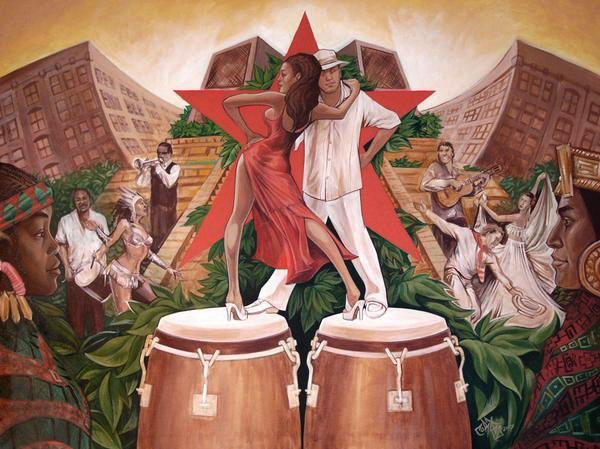 "We were excited with the extraordinary breadth and quality of art work that was submitted by Hispanic artists across the tri-state area," said Paul Smailes, Hispanic Brand Manager for Heineken USA. "We are proud to have the opportunity to work with Christian Cortes who brought a powerful and contemporary interpretation of the Latin music theme." 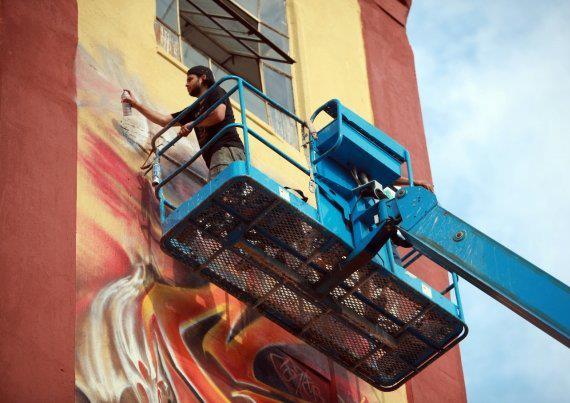 In 2007, cortes also returned to Street Art after a decade long hiatus when he was invited by MeresOne, curator of 5pointz, to paint at the graffiti mecca. It was at this time that he stopped signing Waqs and re-emerged simply as Cortes. His most notable work at 5pointz was his collaboration with Meres “Angels And Demonz” and his series of skull pieces  “Uphigh1”  “Uphigh2”  “Uphigh3”.

In 2007 Cortes reinvented himself through social media as CortesNyc. He collaborated with videographer TameekaTime and started his own  youtube channel where he began to document his Graff Tours and blackbook art videos. The channel gained popularity once his Hulk Blackbook video went viral. His channel re-energized the BlackBook genre with close up shots and fast paced editing. 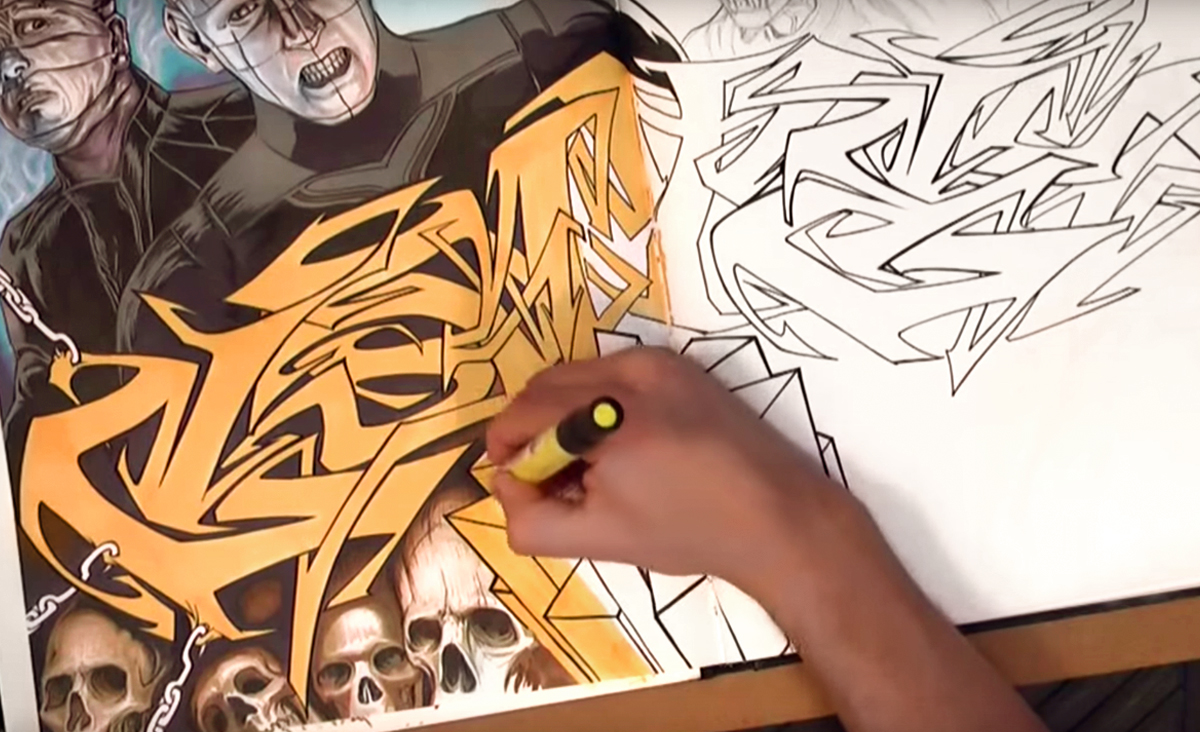 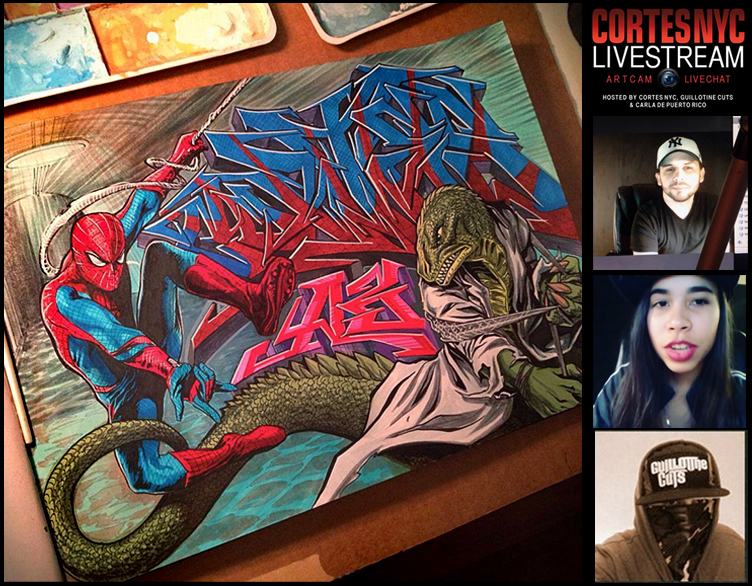 From 2013-2016 Cortes maintained a Livestream weekly 4 hour show to connect with fans and other artists from around the world. CortesNyc Livestream was unique for it's use of multi camera angles and live guest chatroom moderators allowing the audience to engage with the art process in real time. Cortes along with co-hosts Guillotine Cuts & Carla De Puerto Rico kept the night sessions alive with art contests, music reviews and live singing. Local rapper L.E.O. provided theme music for the show.